Prada, Amber Pour Homme.He is both a gentleman and a lone thief. The upper part of the soapy strong neroli oil and lavender together bring a very clean feeling, the lower part of the saffron wrapped in vanilla, myrrh, warm and slightly pungent.Prada Amber Pour Homme is really good, but it has not been too popular for years. I think this is related to Prada’s sales and promotion strategy. The company is not as good at idiots in pushing the perfume. I have smelled too much perfume. The new style of the past ten years, from commercial incense to salon fragrance, I have not found one can match Prada Amber Pour Homme, it is better than Tom Ford’s orange blossom oil, better than the Aramis calligraphy rose, Even if the two are combined, it is not comparable to Prada, because its price is not expensive at all, and the color looks good. I personally think that this culture element is too strong in the perfume. It is like the perfume that polished bad boy chooses most, use the kind gentle polished side to win your heart, use the mystery charming to occupy you, and hold him in your hand, otherwise he will run away, laughing at you far away.

Why did I dig my eyes? Because I’m jealous you can hold him, I can’t see it after I dig my eyes, I am guilty.

Why did I cut my feet? Because I can’t control to chase you, I can’t move after I cut my feet. I am far away from you, you are happy, I am black, I have a black heart.

Why don’t I go back? Because my neck is locked, I broke my neck, hurt my body, and I couldn’t move it. I can forget the past. I am weak.

Flowers grew from the place you went, you love flowers. The people you love are all smiling, you love them. Your life is colorful, rich and full of life, you love life. Everything you remember is simple and cute, you love memories. You can see the future brilliant, just around the corner, you love the future. You look at your body, the white is slender, the face is radiant, you love yourself. Have you forgotten something? Then you must not love.

Dolce & Gabbana’s By can be translated into indulgence, and the leopard bottle was described as wild indulgence. The taste of indulgence is a combination of musk and lavender, very light and very fairy. If this is indulgence, then the protagonist of the indulgence must have already flown into the sky.

I have written many young girl roses, and I have written a lot of sexual roses. Le Galion’s La Rose is my first young women rose. The newly-married girl, is considered to be in love with her husband. La Rose’s pink rose fits on her, gentle and dignified, sleek, elegant, exquisite, and her calm beauty. There are also patchouli, peach, vanilla, which can be smelled, but they are just around the rose, slowly forging the rose to be the young beautiful woman.

Ouyang Duanli in Wang Anyi’s “Elapsed” should spray La Rose after the children fall asleep. The kind of pink rose will make her stronger; Mrs. Bossein in Balzac’s “Father Goriot” will leave Paris wearing La Rose, the ball was grand, love failed, she still gave Paris the last gentle and stubborn. All roses are roses, but this one is exceptionally fragrant.

The L’Impératrice of the Tarot series is my favorite one before 2012. Today, once again,  I still admits its appeal: she, like all women, has a good passion and yearning for marriage and love. She knows that her husband is the most powerful person in the world, so proud, and determine to help all the poor people in the world. At this time, the Queen is full of tenderness, while in the near future, she will be subjected to a series of blows: the husband may loves another  concubine; While she is still in the center of power, she is surrounded by power vortex, and she has to be cautious every move, and loses all innocence little by little; her mother in law does not like her, and none of the women below her do not want to kill her. The Queen, is gentle and happy at the moment. The girls inner world is pink now and all the glitz in the palace wall make her happy.

L’Impératrice is the newlywed queen. With such a seemingly domineering name, the inner side is a soft floral and fruity fragrance. The watermelon, kiwi, pink pepper and jasmine are rich in elements, making it light and brittle. Of course, I don’t spray the smell of such a girly perfume on my body, but when I am at home, when I suddenly feel old, when I need to clean up those heavy things, I will spray some L’Impératrice. The power of elegance is as strong as it is, and those who need love will always be young.

In 1926, the unfinished work of Giacomo Puccini , Turandot, was released in Milan. Giacomo Puccini is extremely talented. His devoted all his life to the work, and when it is about to finish, he died.

The death of Puccini has aroused great concern. Everyone said, ah, he died while writing a terrible story, but we need that story. So a man named Franco Alfano appeared and said, I can finish this story for Puccini. He is a student that Puccini proud of. He indeed finished Turandot at last, although people have different comments to his work.

In the story of Turandot, there is a lady named Liu. The story takes place in the Yuan Dynasty of China. Her is the servant-girl, who loves the prince of Calaf silently. Even if the prince has already lost the legacy, even if the prince went to Yuan to participate a contest for marriage, she loves him whatsoever.

The prince Calaf and his father escaped to China, but they got separated later. On the road to the capital, The prince Calaf found his father. There is only a servant girl take after him. This lady is Miss Liu. Miss Liu has experienced ups and downs, with an old man who lost his power and who may be killed at any time, take care of the old man every day, from taking a bath to giving him a massage. For what? , one day, when meet the prince, she could say I saved your father. But If the person who you secretly love feel grateful for you, the relationship can never happen.

The Yuan Dynasty was never a easy one. The princess called Turandot was very high maintenance. Sh had issued a decree for mirage seeking and asked the applicant to reply to three questions. If their answers are all correct, they can marry the princess. If their answers are not right, they should die . Thousands of princes came to China to propose to Turandot, and were cruelly killed by the princess. This proves that Turandot is actually a corpse lover, and every night she must appear on the prince’s body on time, desperately kissing their cold and stiff body, and using her body temperature to caress the bloody solid residue. The princess is dignified and beautiful, cold and noble, and everyone can’t help but love her. People say that they love beautiful ladies, especially those who have rights and money.

Calaf also applied, for the restoration of the country, but he was extremely smart and answered the three questions right. The princess is angry, because she can no longer fuck the corpses of the princes, so the princess said that I born noble, I will not marry you, what can you do about it! The emperor disagreed, saying that the words of emperor should count. The princess was so angry that she cried and cried. Calaf came out say, I also have a question, if you can answer it right, you do not have t marry me, as long as you can get the right answer before dawn. The question is: what is my name. The princess’s eyes lit up, so she launched the power of the whole city to check the name of the stranger.

How could know him? This man just came to China, but don’t forget, his father and Liu also come with him, they must know his name! At this time, a man captured liu and his father, forced them to tell the name of the prince in front of the princess. The princess sent someone to torture the old man. Calaf couldn’t see it, but he didn’t move. At this time, Liu said something.

She jumped out and said to the princess:Do not beat the old man. He is very confused. He doesn’t know anything. I am the only one who know his name. You let the old man go. I tell you.

The princess then let go the old man and said, OK, you told me now!

Liu danced and sang: will not tell you!

The princess: are you sure?

So Liu was beaten hardly. At first she was very excited, because Calaf’s face was green, and the more angry Calaf was , the more happy Liu was. But then it won’t work, because a bunch of big men beat her to death. She felt that she was going to die. She shouted to stopped. I have something to say.

The princess said, say it!

Liu said: the love hidden in the heart is more powerful than the pain of suffering.

Liu began to sing, princess, your cold heart, will be moved by love.

After that, she grabbed the guard’s short knife and committed suicide.

After her death, Calaf and Turandot held a very grand wedding. The two loved each other in harmony and gave birth to seven children.

So, in 1929, after a few years of Turandot’s release, Guerlain launched such a perfume called Liu, which was really crazy.

She said nothing. Love with no words.

I hope that every man around me smells like it, and there is no exception.

Can’t stand someone who still doesn’t know this perfume, can’t stand it. Although it may not very popular now, it is really the smell of a hot model.

What does a hot guy mean? Deep, charming, sexy, and stylish.

He must be a man who take responsibility, not frivolous; he can make your adrenaline soar, and know who to reject; he can hold you up with one hand, this hand also knows how to ride the wind and waves in the most gentleman way .

Jude Law of 15 years ago must be the taste of Versace L’Homme.

The citrus family (lemon, bergamot, bitter orange leaf, basil) is in front, green and bitter, very effective to erase the greasy, you will lose 20 pounds once apply it.

The oakmoss, leather, and patchouli are in the back, complex and spicy, like a real knight, correcting the heroic posture.

You may not be able to find such a man for a lifetime, but you can use it to create an illusion. Buy a bottle of Versace L’Homme, spray on his clothes, on the collarbone, on the earlobe. Imagine that he is the man who appears in your dreams.

After a long time, the illusion is true.

Welcome to WordPress. This is your first post. Edit or delete it, then start blogging! 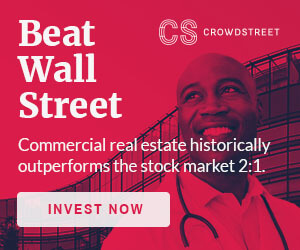